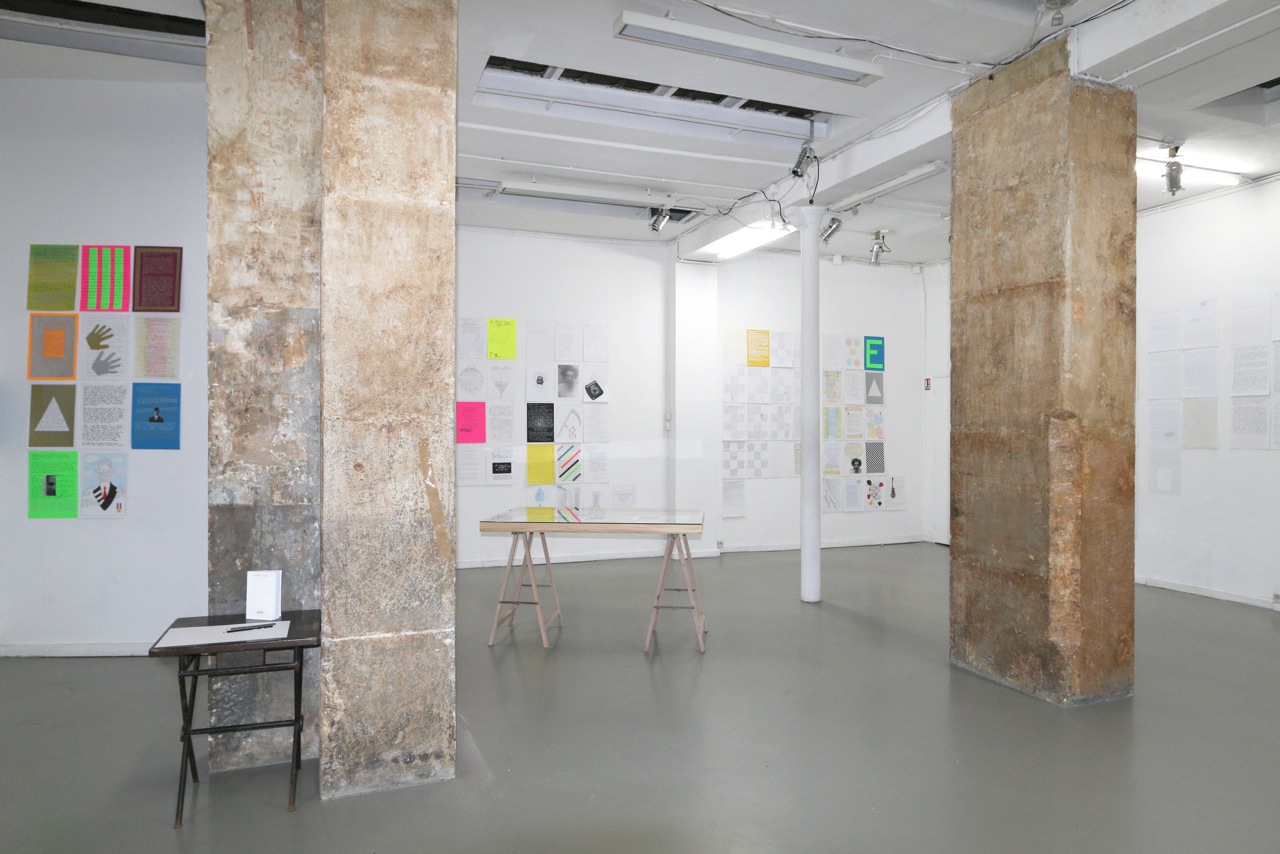 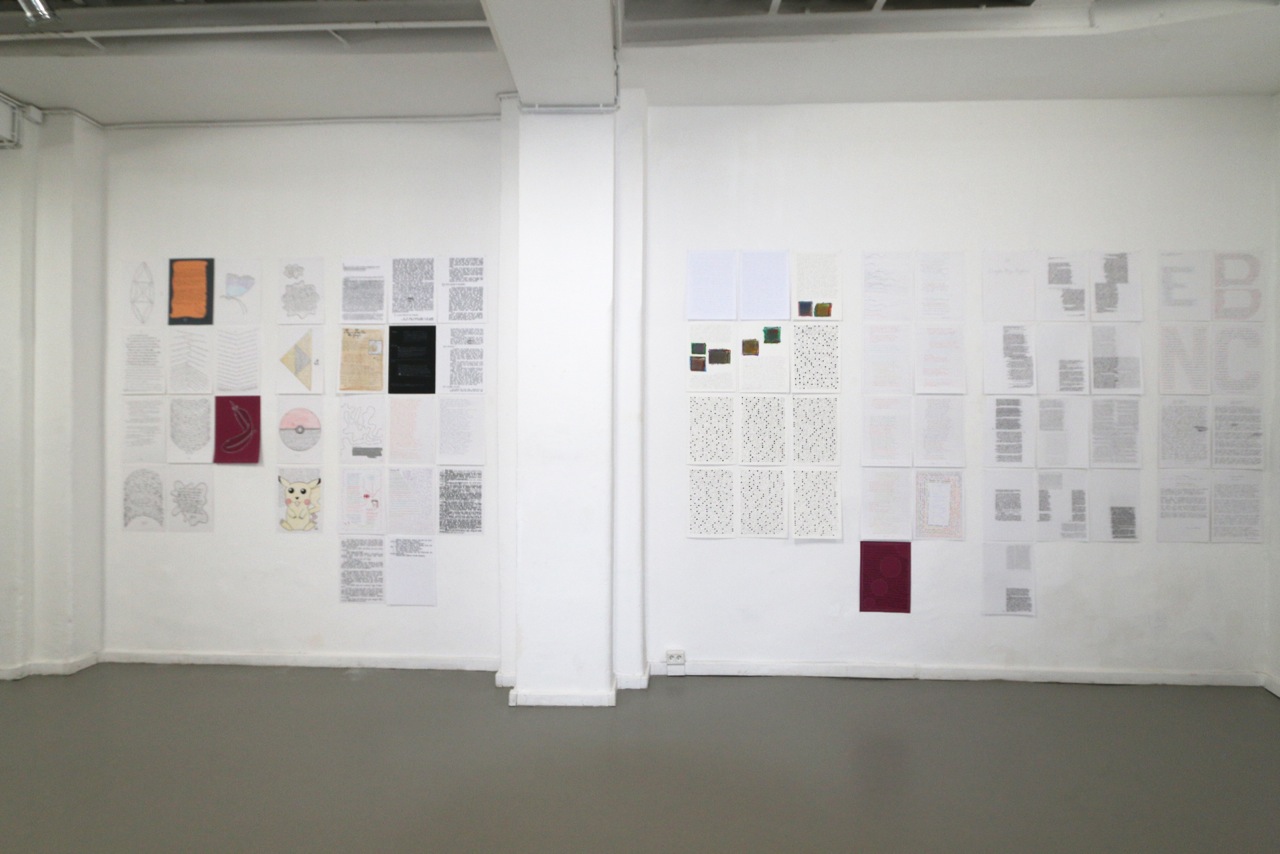 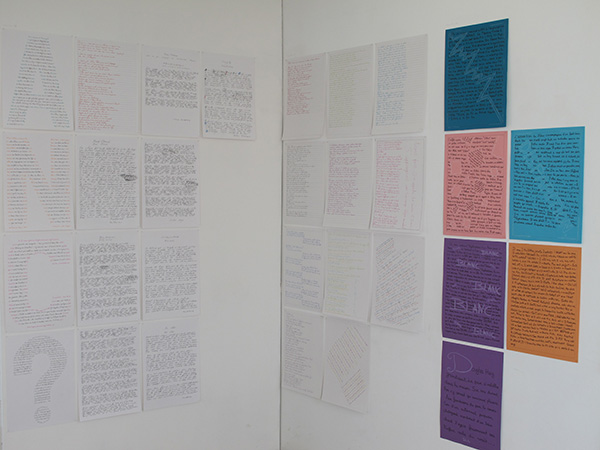 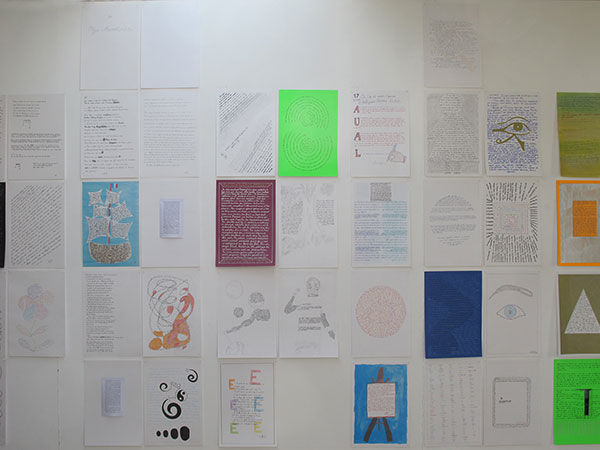 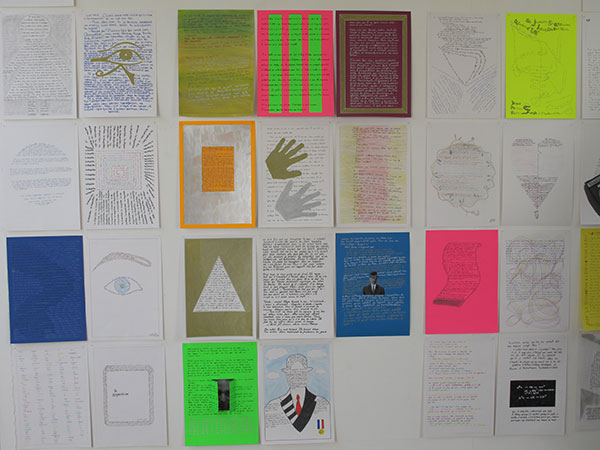 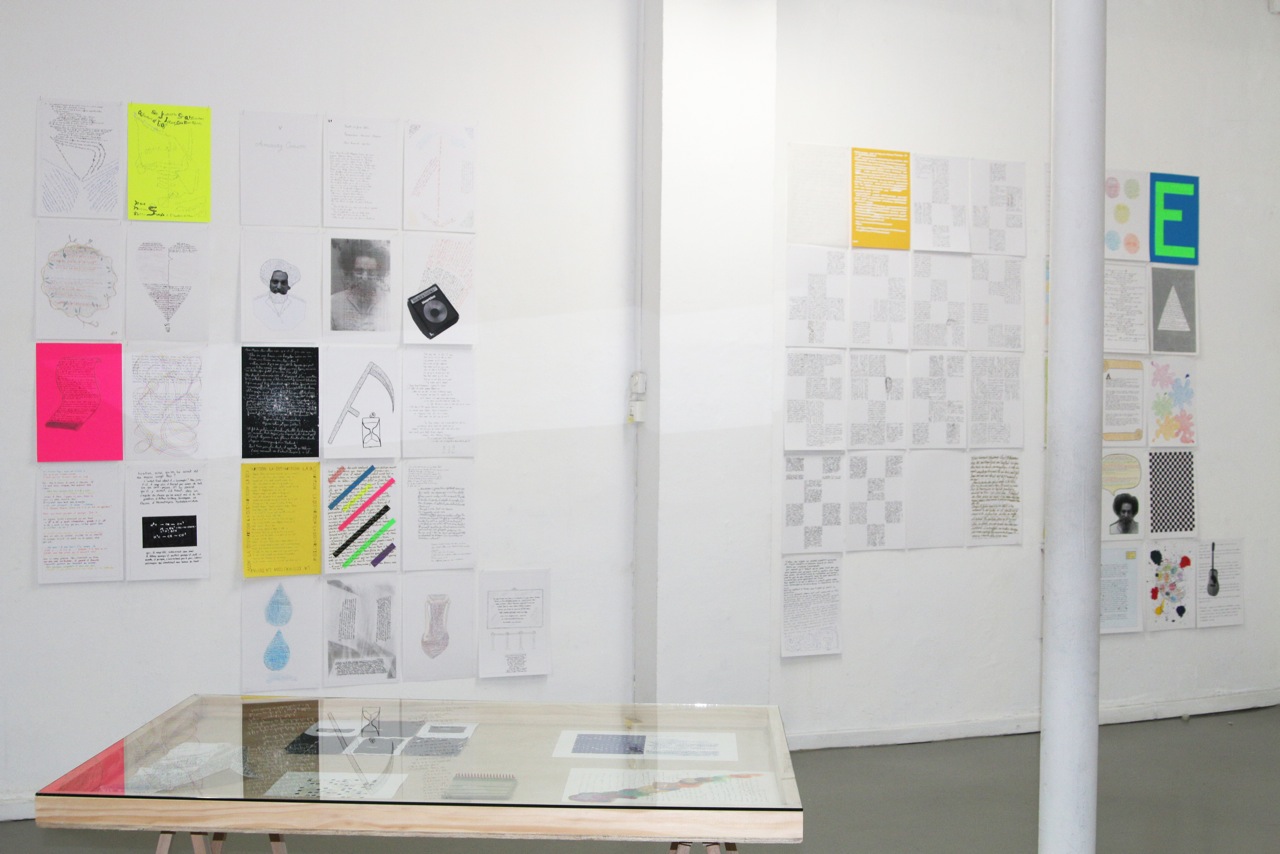 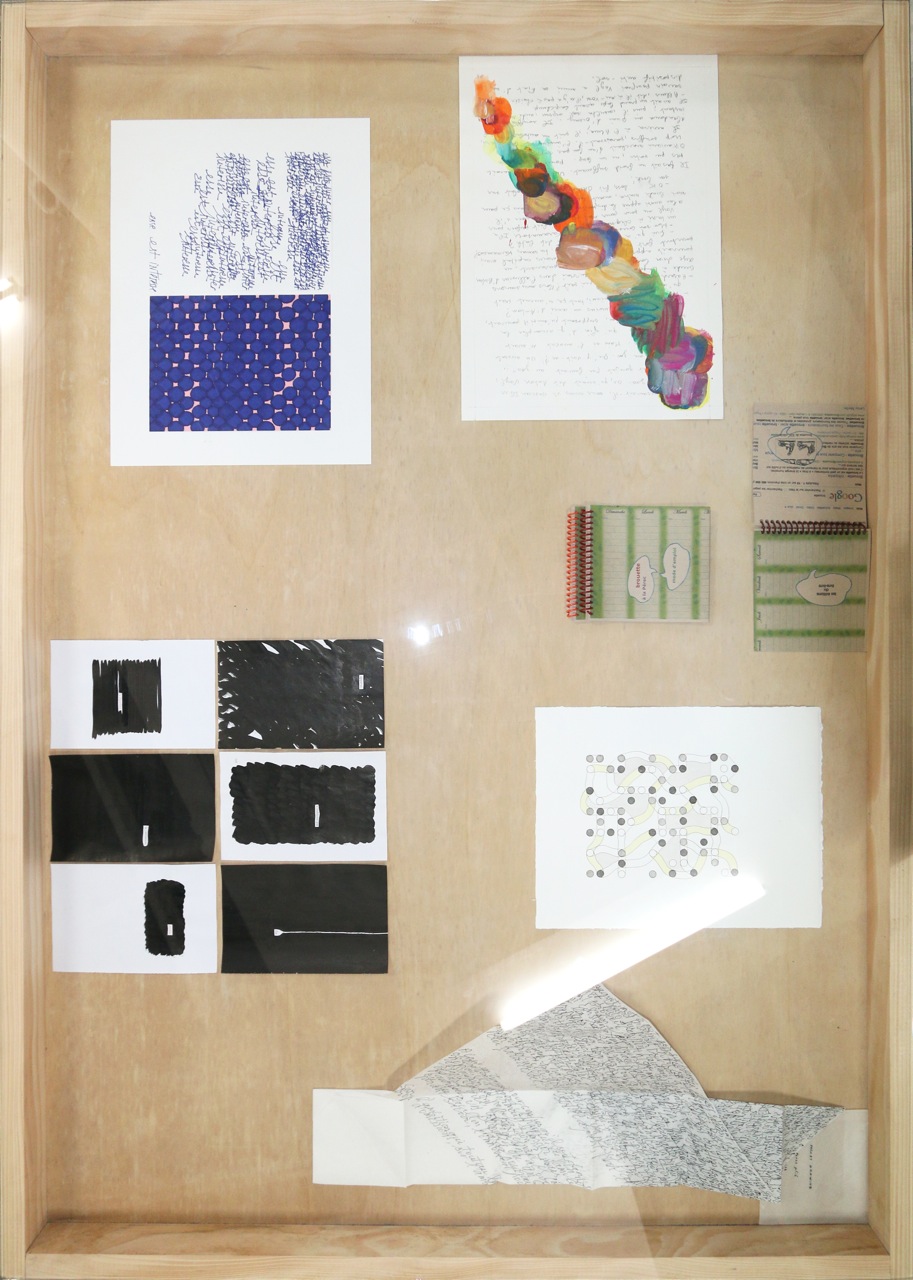 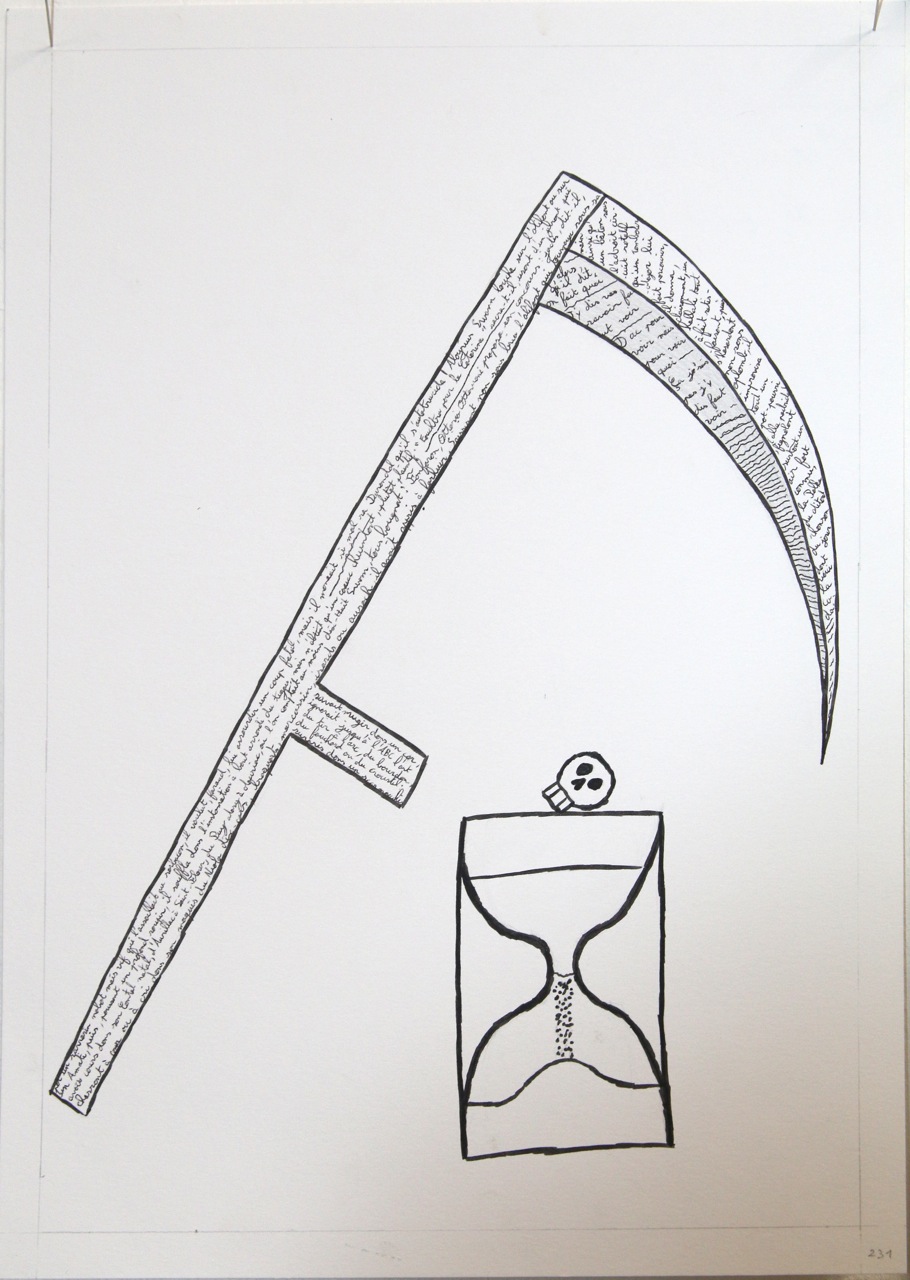 A proposal by Anne Deguelle, this work in progress is a manifest on the announced disapearance of writing. The whole novel "la disparition" (the disappearance) by Georges Perec is re-written  by hand.

In that novel, the French writer never uses the letter"e" which is the most used one in French language.

Beyond its virtuosity, the novel is interesting in its purpose (the elimination of the letter"e") and its form.The main character Anton Voyl (Antoine Vowel) disappears mysteriously after several nights without sleep. His friends try to find him. But themselves progressively disappear. What kind of malediction is under these facts?

With the appearance of a police investigation such as Raymond Roussel could have written, it is full of references to litterature with citations or imitations. The word "blanc"(white) like the white page is quite often used. Perec gives some indices : the fifth letter of the alphabet is the letter "e" and there is no chapter 5; "e" is the second vowel and there is no part 2, and so on. Perec made here a monument to literature.