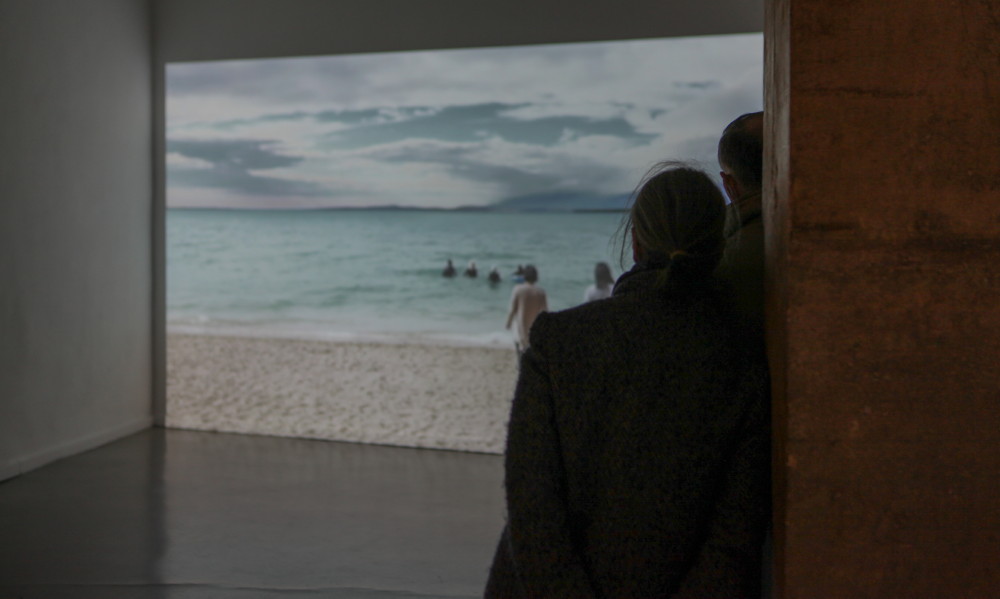 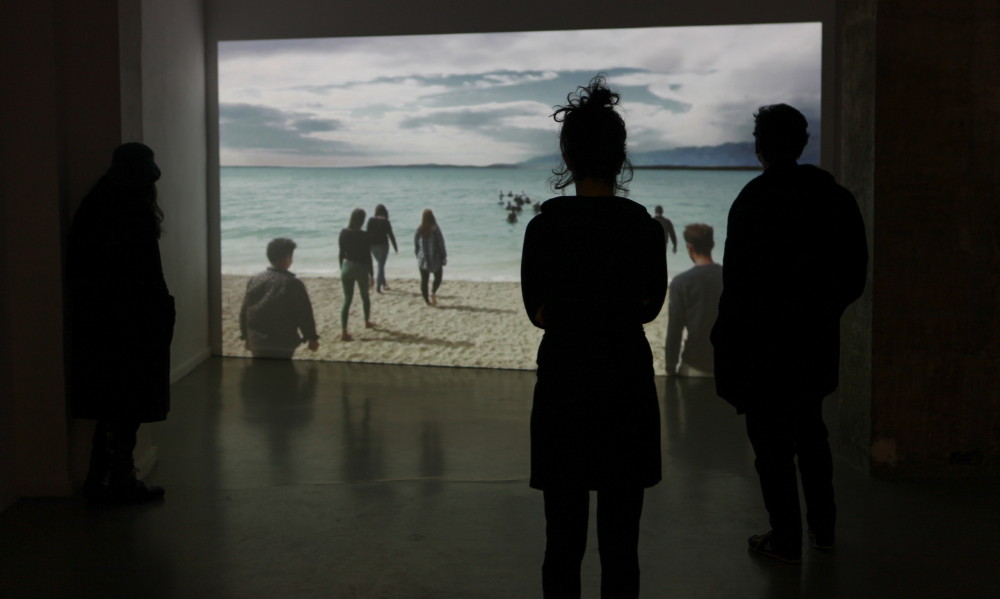 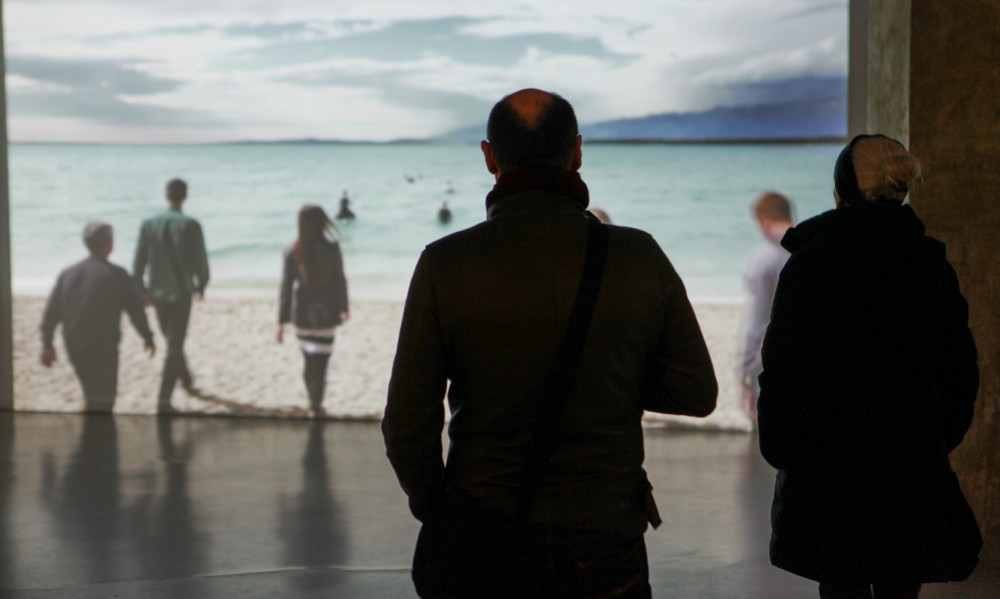 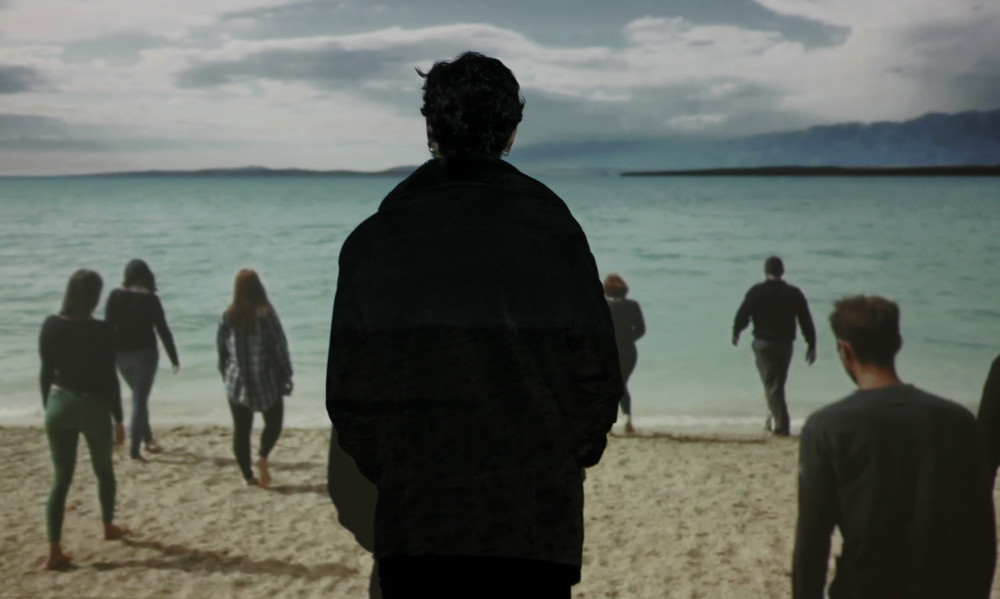 For his first solo exhibition in France, Goran Skofic presents his works in two steps at Galerie Dix9. In the first part, will be projected one single experimental film titled On the Beach. This unique projection will allow a total immersion of the viewer in the work, that appears to be an installation playing with the space. Moreover the work appears to be quite uncommon in Skofic artistic practice, as the artist himself does not perform for the camera nor even appears on the screen.
In an apparently unique sequence shot, some dressed figures walk towards the see and go deeper and deeper till totally disappearing in the water. Quite surprising, in the last scene appears again the first figure, which denies any idea of a collective disappearance. The viewer is then rather facing that idyllic idea of an eternal return.