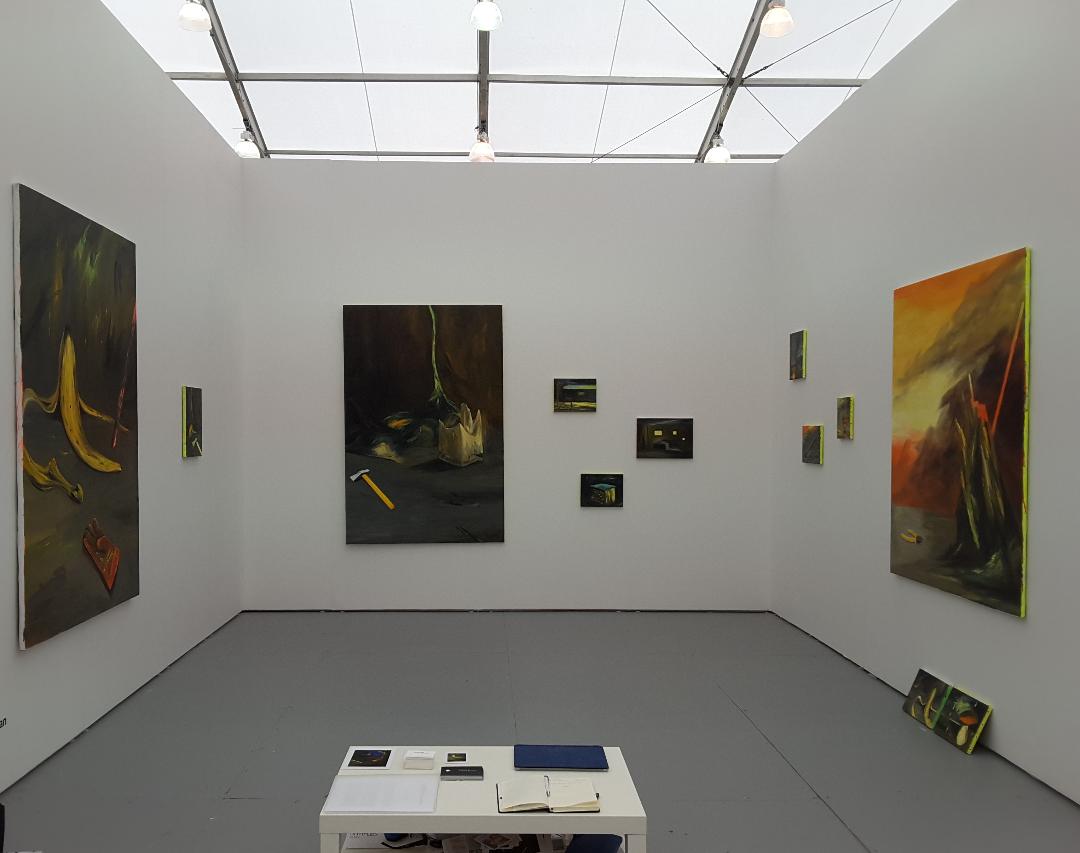 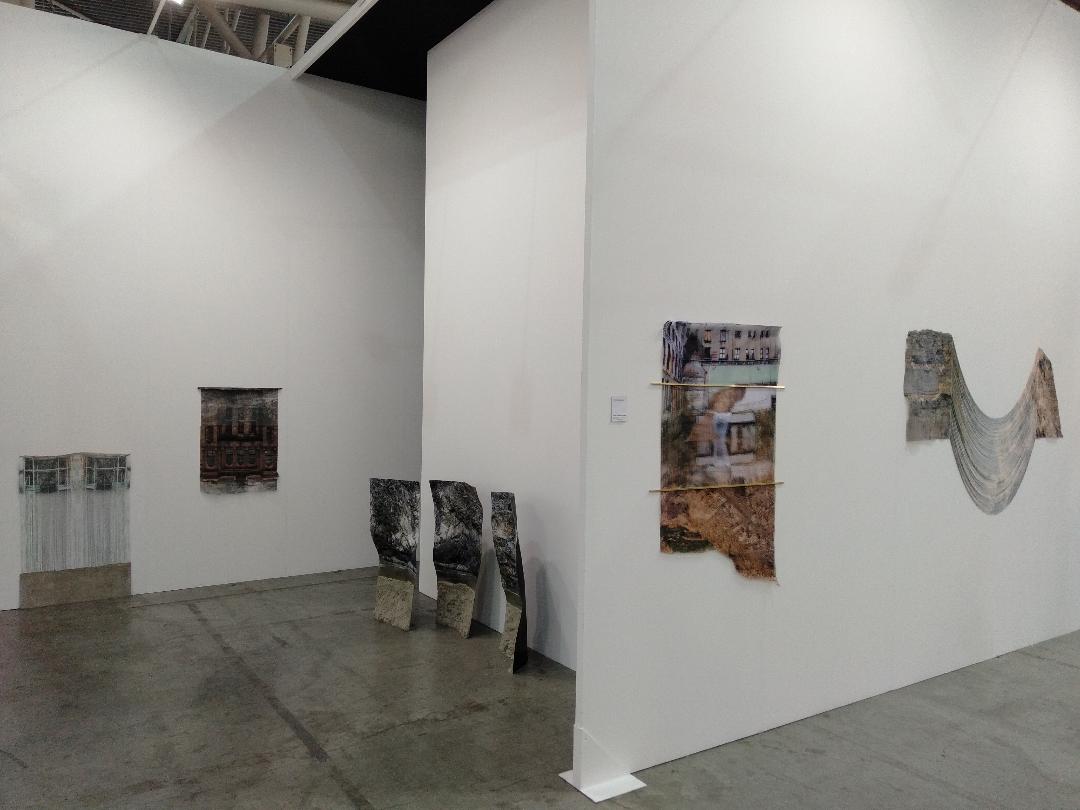 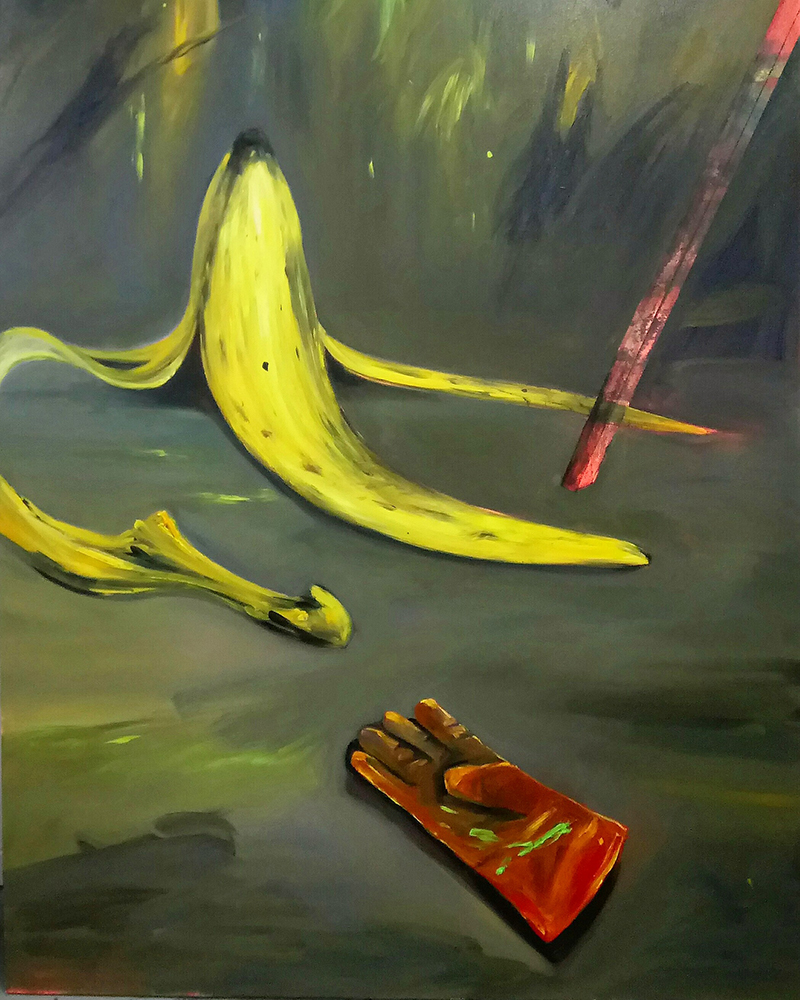 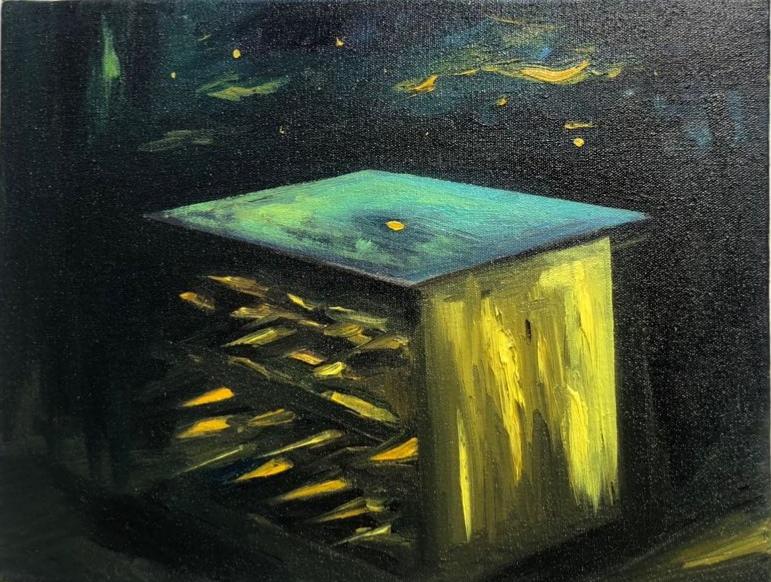 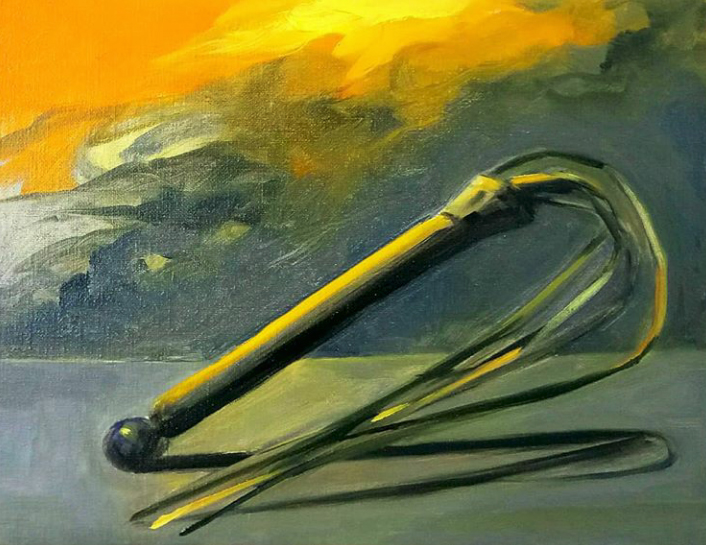 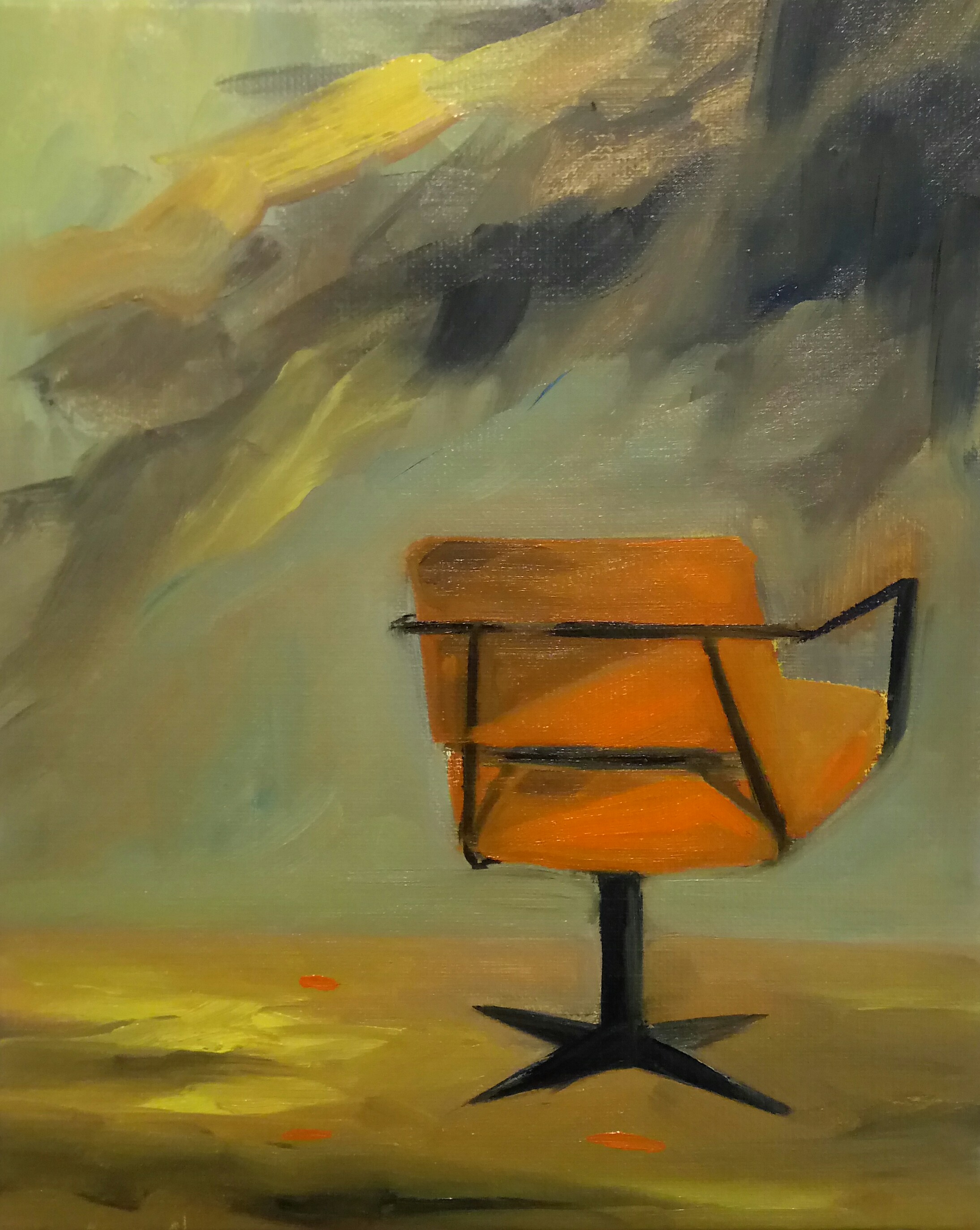 A singular figure in the French pictorial scene, Karine Hoffman feeds her work with traces of ghostly memories, which she translates on the canvas in an almost mystical outburst. Her paintings are constructed like impossible-to-solve equations, riddles, fragments of investigation, referring to places, forgotten lives, from Warsaw to Vilnius.
The artist defines her own painting as a filter that reveals what has fallen into oblivion, a place distant to herself where narrative fragments and personal obsessions arise ... painting as a world and as a place for a perpetual quest where action is relayed at the margin, giving way to phantasmagoria and play.

Graduate from the Ecole Nationale Supérieure des Beaux Arts in Paris, Karine Hoffman spent two years as an artist resident at Casa Velazquez in Madrid. She has been exhibited in various institutions in France such as Museum of Fine Arts, Boulogne, Museum of Modern Art, Ceret, Salomon Foundation, Colas Foundation. Abroad her works were exhibited at Irkoutsk Art Center, Museum of Moscow, or the Sichuan Art Museum, China.