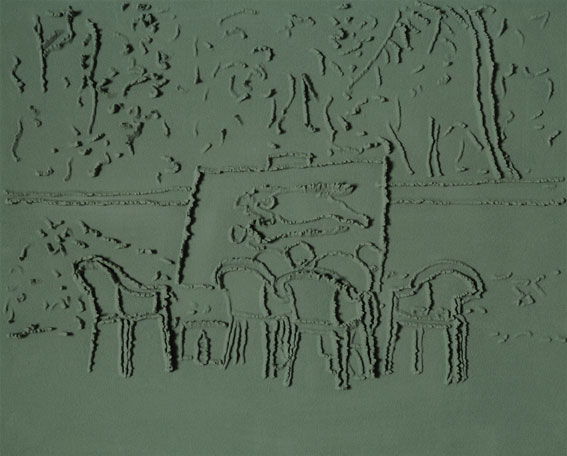 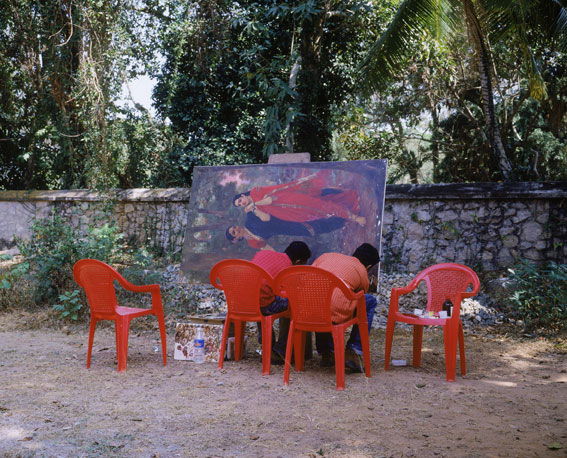 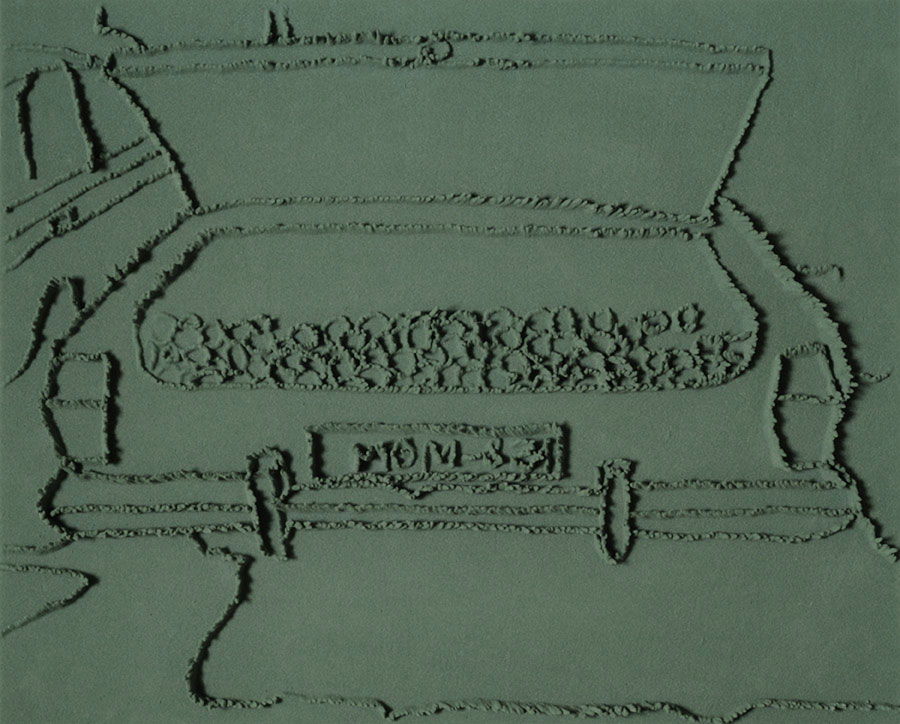 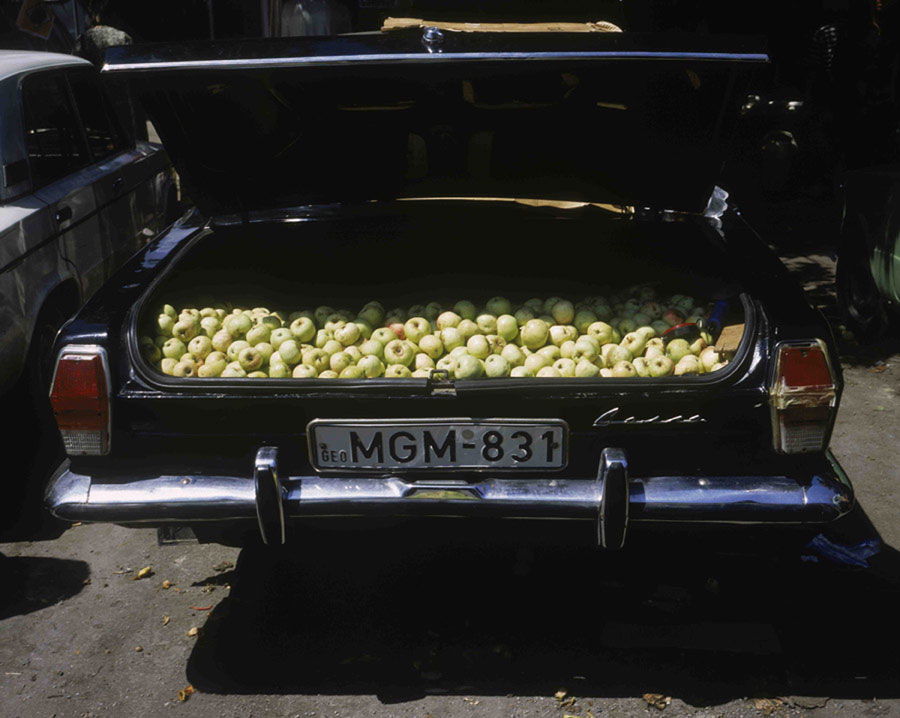 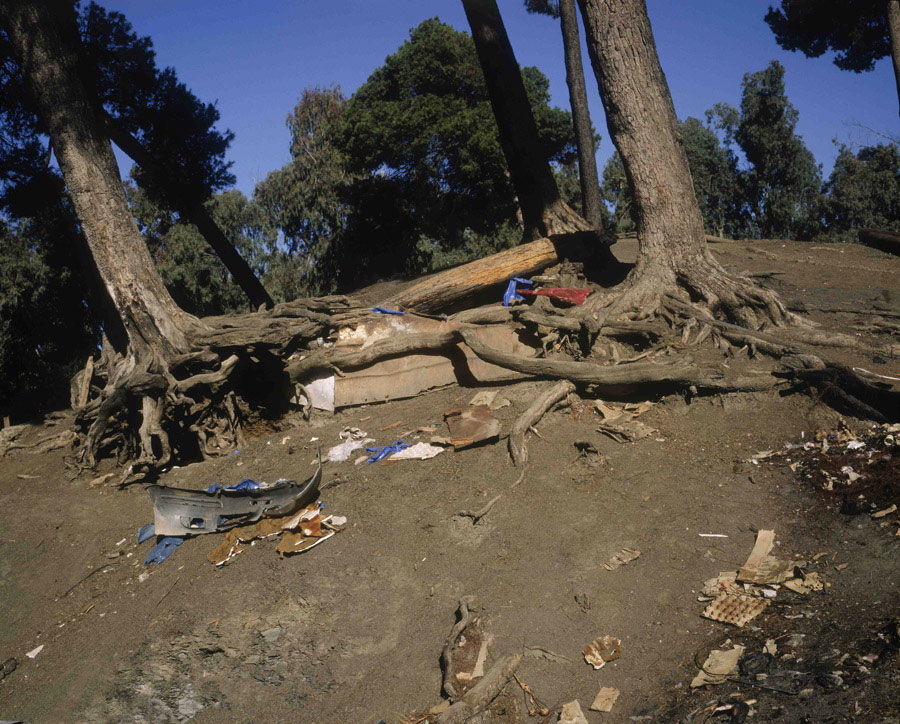 This double solo show by François Daireaux at the Galerie Les filles du calvaire and Galerie Dix9, is part of the itinerary of shows devoted to the artist in 2008-2009 and takes place after the two major exhibitions at the abbaye de Maubuisson (March 26 - September 1st 2008) and at the Villa Tamaris Art Center (January 24 -March 1st 2009), which coproduction led to the publication of an important monograph in February 2009 by Lienart editions.
This itinerary will end with a show at the Artothèque of Caen (July 3rd - August 29 2009) which takes part to support this large scale project.

For his Parisian exhibition, François Daireaux imagined an original project : "d’un côté // l’autre", a creation on the theme of the double. There is, indeed, nothing but a wall separating the two spaces, which allows the artist to imagine a scenography which reflects of one of his major preoccupations : the multiplication and the put back from a work to another.The visitor will be invited to circulate from one space to another in order to apprehend the entire exhibition and imerge himself into different universes. To realize this project, the artist benefited of the usual complicity of his gallery, Les filles du calvaire, and of the enthusiastic support of the Galerie Dix9 which recently opened next-door.
At Galerie Dix9 the installation of sculptures, "P. Chellappan", offers in an effect of mirror, a variation on the portrait of a man. P. Chellappan is a model at the College of Fine arts of Trivandrum that F. Daireaux met by chance during a stay in India. The model guides him threw the school’s park showing one after another different plaster sculptures. These are all studies of the portrait of P. Chellappan, interpretations each time different of the same subject or vain attempts to represent. F. Daireaux went back to Trivandrum to realize plaster moulds of these 28 sculptures. In the same time he asked P. Chellappan to pose during 25 minutes in front of a neutral background for a video.
At Galerie Les filles du calvaire the video installation of the work in progress "111 suite", currently composed by 111 sequences filmed by F. Daireaux during his trips, immerses the spectator into a myriad of images closing in on the repetitive gestures and hypnotic rhythm of manual workers.
In echo to these works, will be presented photographs, images that the artist gathered in Asia and Northern Africa. While wandering in these countries he photographed settings, objects and scenes found in the streets, which are glances on what happens in the margins of the streets. The look then wanders from an image to another as a sort of visual « collection » of fleeting moments. From these images he realized their prints, "Skizzes", material reverses of the images. We recognize here and there the lines that compose the photographs The Skizzes are made with the same principles than sculptures. The shapes are carved on surfaces of foam with compressed air and are then moulded into silicone. They keep the prints of the matrix and form the monochromatic “ghosts” of the photographs.