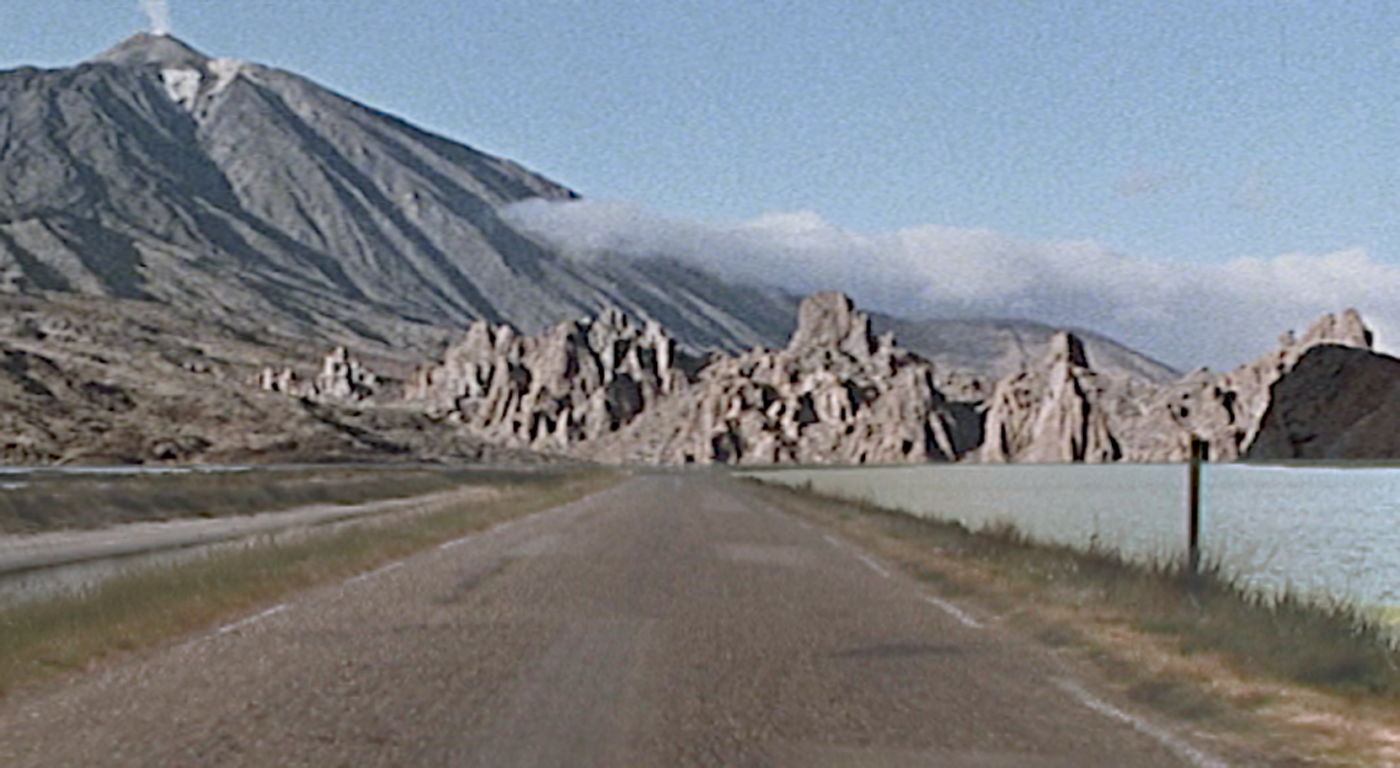 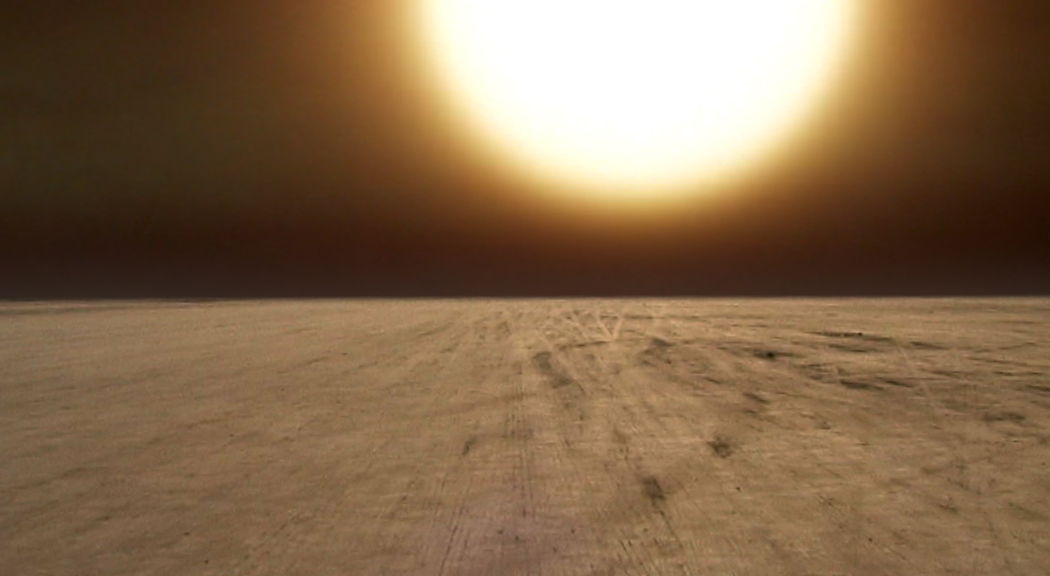 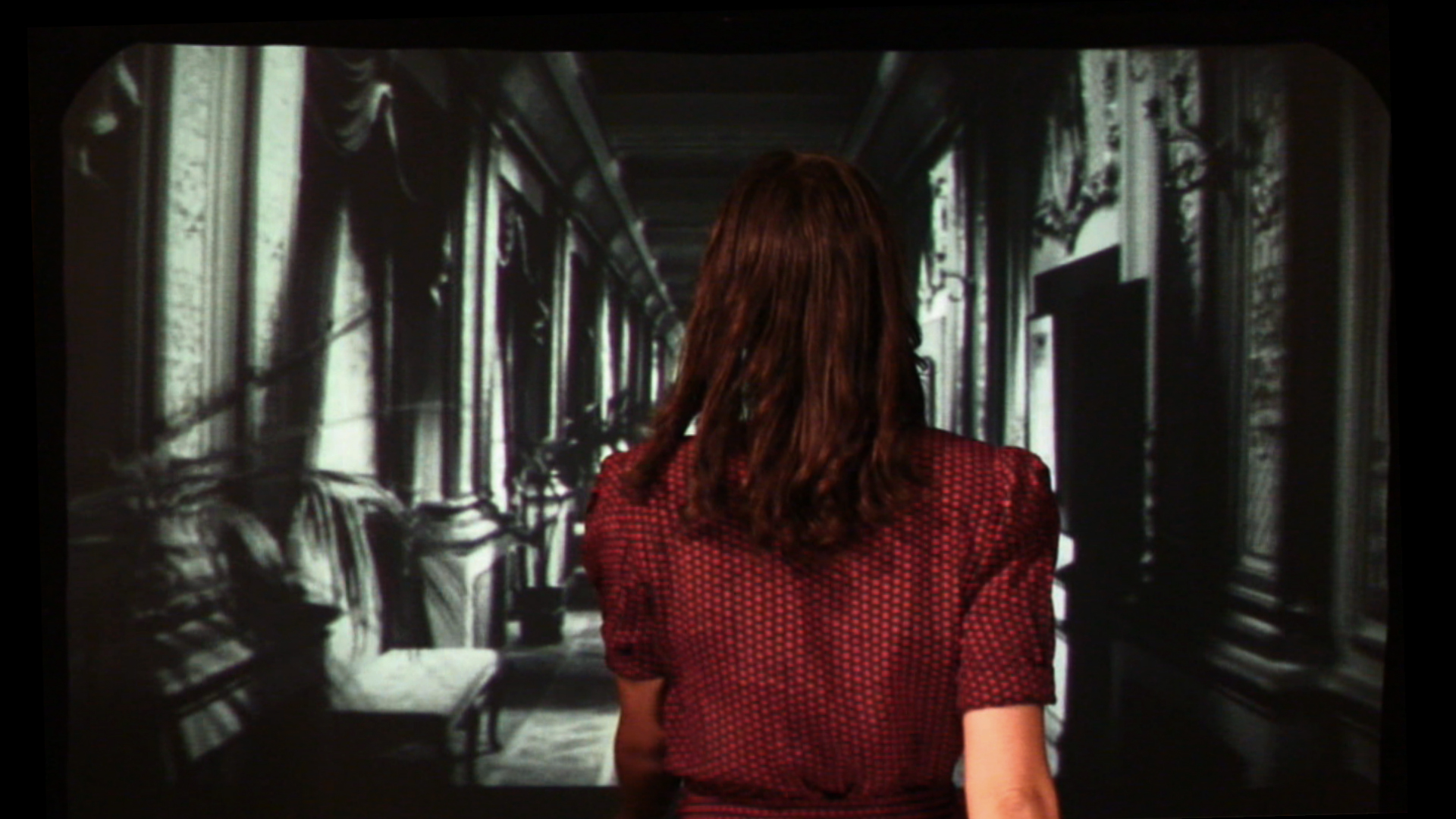 A mysterious community walk in large and obscure rooms, groping in search of a vision with some of their flashlights. The place, which is a museum, is rediscovered on its hidden face as a place of fear, the invisible and the unknown. While the museum doors are closed during that secret period of latency between two exhibitions, those night visitors creep inside these empty and dark rooms that turn to resemble a mental collective labyrinth.

For her second solo exhibition at Galerie Dix9, Marion Tampon-Lajarriette presents her latest video and photographic creations issued from new approaches of her main questioning : the image and its relationships with the memory and dream. The images of the series M o C LT (acronym for an imaginary museum linked to the occult and the modern art) are from a performance visit at the Mamco in Geneva in January 2012, during the night, in a particular time of the museum life - a secret period of assembly / disassembly between two exhibitions. This singular visit in dark spaces in construction was led by Marion Tampon-Lajarriette, who suddenly became a spectral guide for a small group of unusual visitors. Three infrared cameras continuously filmed this night tour of 50 minutes where the artist stopped in front of some works on her way, because of their link with time and memory, or for their haunting or invisible aspect. The photographs of the series M o C LT are strange images captured in the flow of these infrared cameras: ambiguous traces related to a time of darkness, the failure of the visible and the significance of the ghosts in the collective imagination.

The video series Erehwon belongs to that same register of fantasy; a register where the strangeness is in the heart of everyday reality. Using infinite travelling shots, these video loops lead the viewer into settings that are yet unattainable. These are fantastic and ambiguous landscapes where a paradoxical movement leaves the viewer on the spot at the same time that it projects him to distant scenery.
These impossible images are made of half-covered surfaces, filmed in digital camera, and inlaid settings above the horizon. Another part of the installation includes coastal landscapes filmed today, alongside others from popular fantasy films of the 60s, so that these images offer a paradoxical exploration of sites belonging at the same time to «no-where» and in various fantasies «now-here».

We find the coexistence of these different worlds, quotidian and fiction, in the video series Antichthones. Making use of the old film technique of the years 1930-1960, the characters are placed in front of a large studio screen where a preexisting setting is projected in the background, the whole scene being then re-filmed to create the illusion of a continuity of the same space. The trick here is revealed, besides a mise en abyme of the dark room of cinema, the same mechanisms of immersion and distancing act intimately in our daily relation to images. The characters of these fictional spaces could be named as the inhabitants of a planet or pole opposite to ours: the «Antichthones» - inhabitants of these distant and opposite worlds which, according to the theories of the Antiquity, allow the necessary balance of our world.

The Mysterious Hour, through its multiple facets, marks a new stage in the work of Marion Tampon-Lajarriette who explores the image and its haunting power over