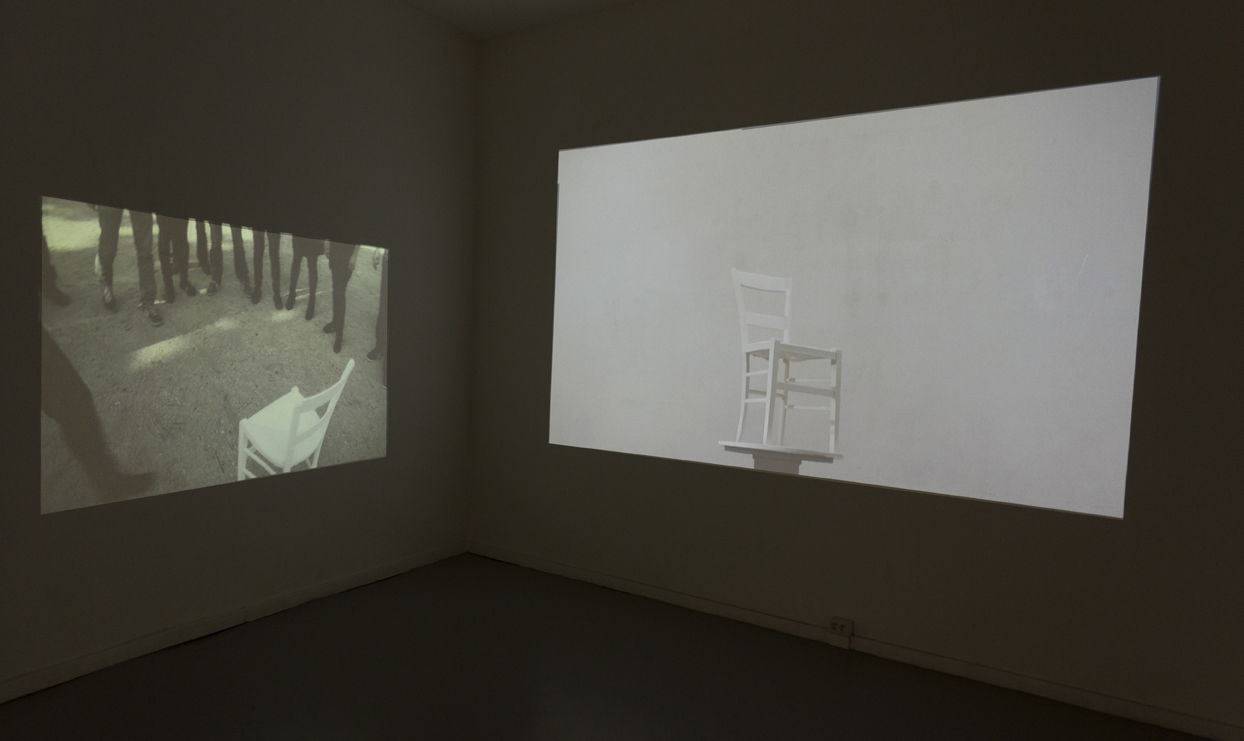 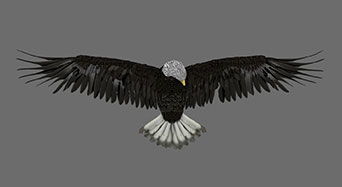 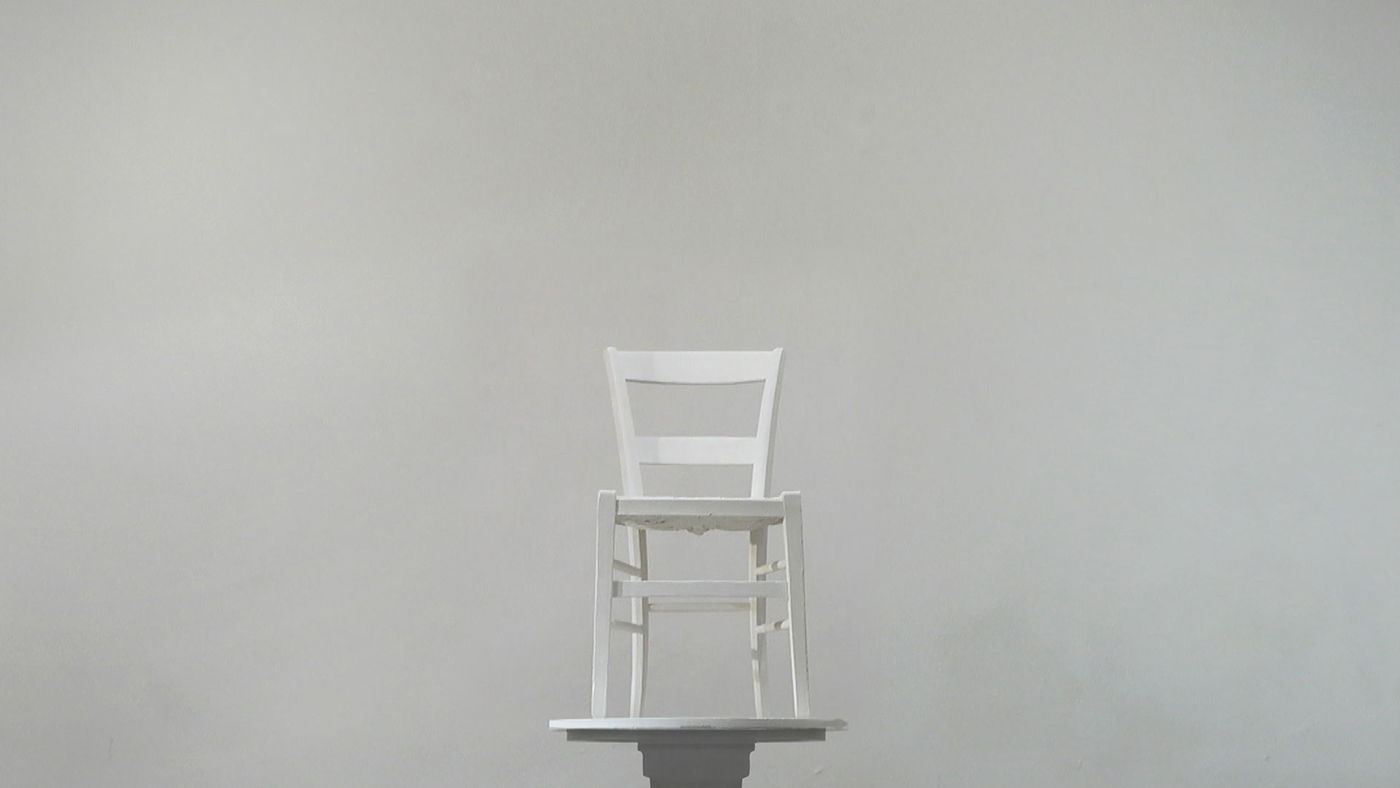 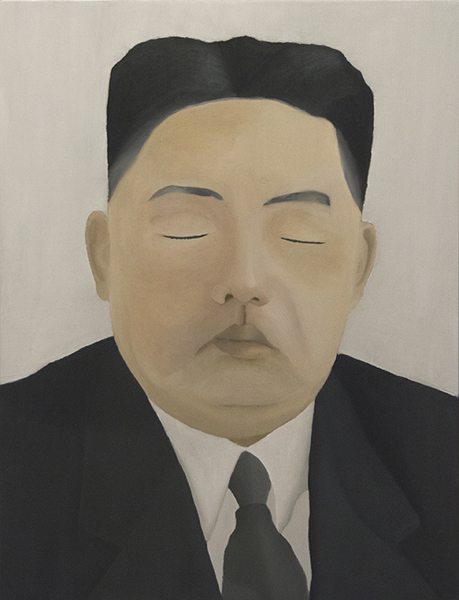 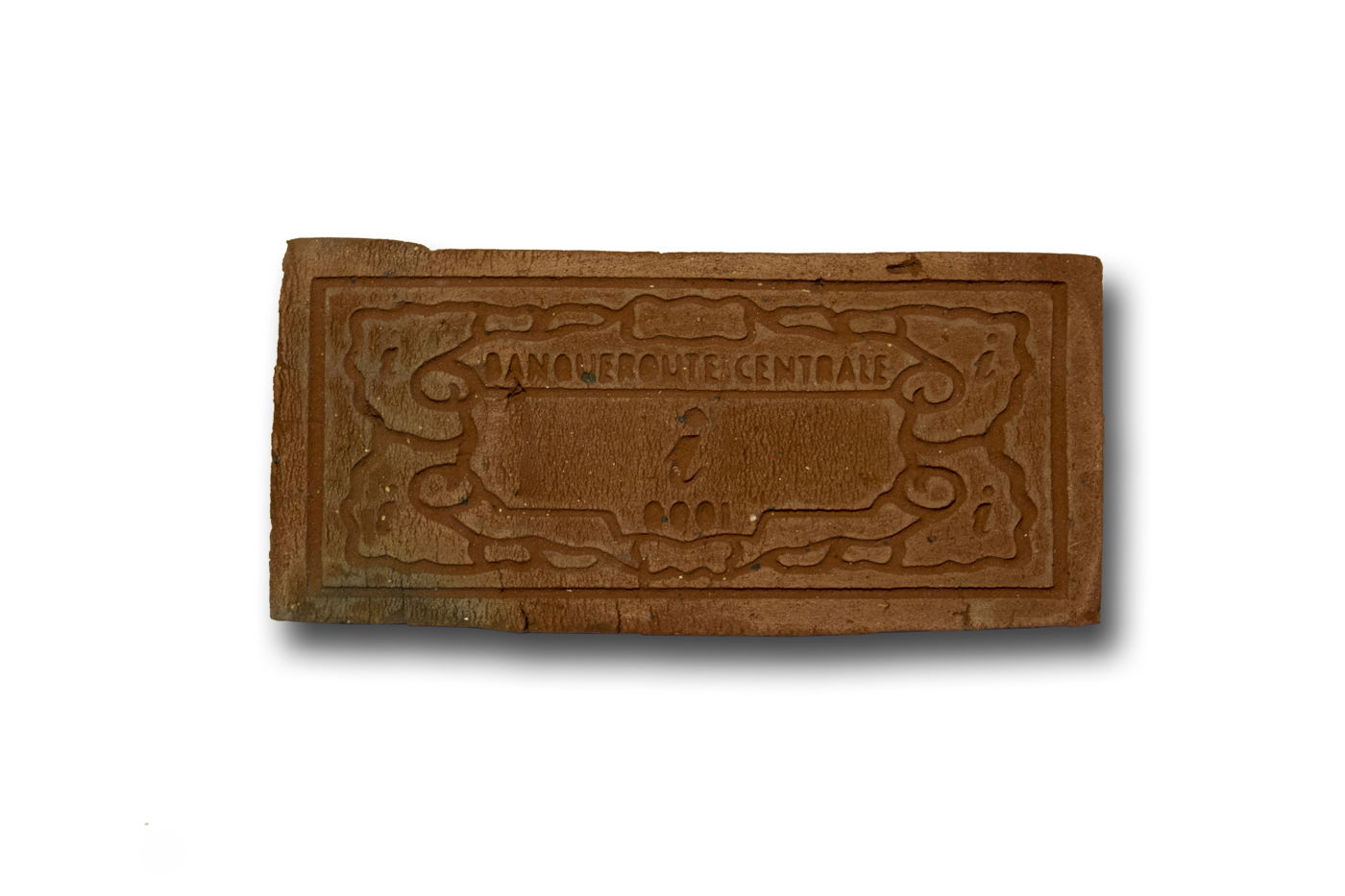 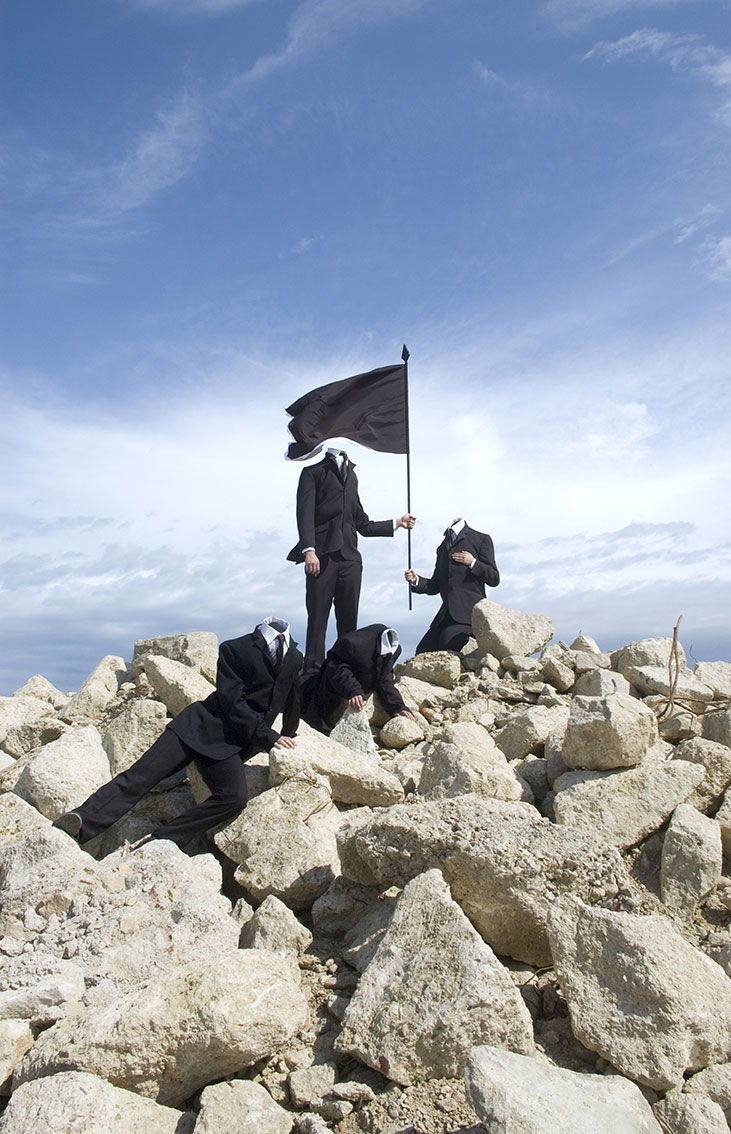 In line with her earlier works, Marie Aerts continues to question power and its relationships with men. It is no more a matter of the individual - who was figured as a "headless man", but it is power itself that becomes the focus of her research. A power that is often understood as an extreme form of authority. Nevertheless the critical gaze of this young French artist is always tinged with humor and poetry.

For her second solo exhibition at Galerie Dix9, Marie Aerts presents recent works exploring the interstices of power, a place where the symbols unfold their capabilities of fascination. Beyond their apparent strength, these symbols hide a dysfunctional side which is revealed by the artist through various strategies.

Marie Aerts first revisits the official image of contemporary dictators.
In her portraits painted in oil on wood, as were the icons, the figures keep their head * but their gaze is absent (The Blessed ). If the eye is «the most despotic of our senses » one wonders if the representation of these men with closed eyes means their refusal to see, to avoid confrontation between collective and individual gazes. Or if their resemblance to funeral portraits means a kind of destruction of their mediatic image.

Money is another symbol of power. Playing with the slang French language, when a «brick» meant a million of old francs, Wing of desire is an utopian currency: a banknote is engraved in real bricks. A banknote without the usual representation of authority, a banknote whose value is based on the imaginary number «i».

In the animated video titled The King, the focus is on the eagle as a symbol. King of birds and symbol of omnipotence, the eagle appears here as a strange animal without legs or eyes, flying without direction, forced to never stop. In heraldry, the eagle is normally represented in frontal view with its attributes of power displayed : head, wings, tail feathers and legs. As if it was still part of a flag, this headless eagle, transformed here into a symbol of a fallen imperialism, carries on its meaningless flight towards nothingness.

Inspired by an episode of the French Revolution, Being of those in whom men believe belongs to the register of commemorative statuary. The cannon of the sculpture evoke those made from bronze casting of old prestigious royal statues. With a marble base and an epitaph engraved with fine gold , this stone evokes events of rebellion against authority that have continued through history.

It is finally with two opposing scenes in the video Chair that Marie Aerts questions the reverse of mechanisms of power. An empty chair, enthroned on a pedestal that rotates on itself, becomes the object of a revolt against authority. The lynching of the symbol indicates the loss of belief that normally links men and power.

A symbol that is no longer one of those in whom men believe.